NASCAR enthusiasts are unquestionably devoted fans. And when Budweiser takes the time during a NASCAR event to personally interact with its loyal supporters in the bars, campsites, and VIP hospitality areas, well…it’s nothing short of magic!

Rick Gerber – A-B Master Illusionist, zoomed in for three solid days of appearances starting with Thursday night trade call activations. He put the pedal to the metal and visited six on-premise accounts. The local wholesaler promoted the events so the crowd was revved up and Rick easily found his groove.

Rick entertaining folks in the bars enjoying the NASCAR weekend

On Friday and Saturday Rick made pit stops at the Budweiser hospitality room. The appearance generated a significant amount of buzz for the Bud brand and contributed additional horsepower to the overall event. 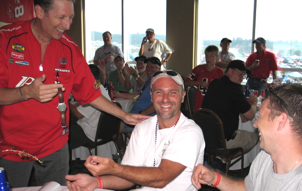 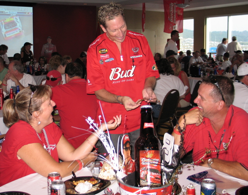 Everyone sharing a laugh in the Budweiser hospitality suite 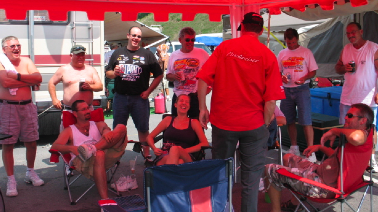 Running on rails, Rick spent Saturday afternoon on a campsite tour. He took laps around the campsite area driving the Bud custom golf cart in search of Budweiser drinkers. These groups of NASCAR fans were really surprised and happy when Rick stopped by and performed. There were lots of smiles and thanks yous as the crowds responded victoriously.

“It was fantastic to get out there in this festive environment and entertain our core Budweiser consumers,” Rick said. “Budweiser goodwill campsite appearances are consistently well received and are always a part of my NASCAR race-weekend promotions”.

So, for your NASCAR event activations, recruit Rick Gerber onto your events pit crew and win, win, win! 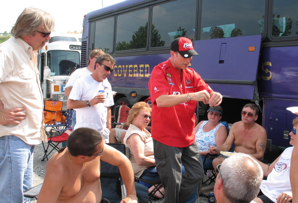 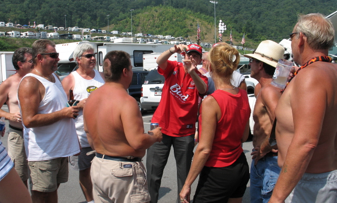